Posted on 16 Feb 2017 by debbie.kash | Comments Off on MARCH SPEAKER: GITMO-National readiness and security

Monday, March 20th  Invite your family, friends and neighbors to join us!

See you at Anchors Conference Center on Monday, March 20th from 11:15 a.m. to 1:30 p.m. Cost is $16.00. (Pay the Chapter in the luncheon room: Cash or Check accepted) Enjoy a little fellowship, partake in a marvelous luncheon buffet with all the fixings, and learn a little more about GITMO as related to National readiness and Security.

Until earning the rank of First Sergeant in 2003, Hidalgo’s military occupational specialty was Armor, (Tank) Crewman.  He served in every enlisted leadership position within the Armor Community.

After a series of successful leadership assignments within the Marine Air Ground Task Force, he was assigned in March 2010 to the 13th Marine Expeditionary Unit as the Unit Sergeant Major. As a Marine Sergeant Major at the pinnacle of his career, from 2013 to 2015 he was selected to represent all services as the Senior Enlisted Leader of Joint Task Force, Guantanamo Bay (GTMO), Cuba.  A well-decorated combat veteran, Hidalgo retired on 1 October 2015 after over 31 years of proven leadership and faithful service to his country.

With his desire to remain an active member of the community while an active member of the military, Hidalgo, along with his family, continuously volunteer for causes such as Toys for Tots, Volunteers of America and feeding the homeless. Hidalgo also served as School Board Chairman and member for a significant portion of his military career.

Hidalgo and his wife, Fran, reside in the heart of San Diego with their children who look forward to supporting their father’s bid for continued service of this country.

Juan M. Hidalgo Jr. is a retired Marine Sergeant Major.  Use of his military rank, job titles and photographs in uniform does not imply endorsement from the Department of Defense or the United States Marine Corps.

Comments Off on MARCH SPEAKER: GITMO-National readiness and security 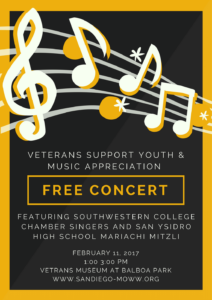